Residence owners appeals to SUDC to get rental return 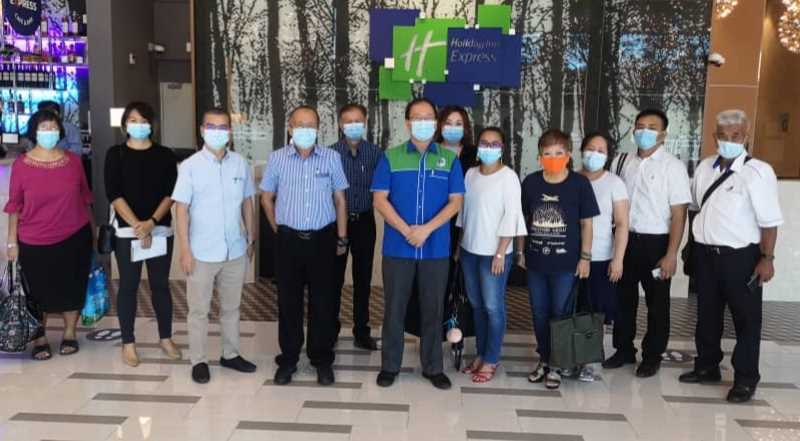 KOTA KINABALU: The predicament faced by the residence owners of Ming Garden Hotel and Residences were among the issues raised during the Sabah Maju Jaya-Engagement Session with Sabah Tourism Stakeholders on Tuesday.

Dato’ Seri Winston Liaw who was one of the affected owners has during the meeting appealed to Tourism, Culture and Environment Minister Datuk Jafry Ariffin to help communicate their messages to Sabah Urban Development Corporation (SUDC) who is the management of the properties.

The engagement session held at a hotel here and via online was chaired by Jafry to get feedback from the stakeholders to draw up the state tourism plans for 2021-2025, Liaw said.

“Since the unfolding of the worldwide COVID-19 pandemic last year, all the owners did not get a single cent of their rental return from the management of SUDC,” Liaw pointed out.

Before this, Liaw who also acted as the spokesperson for some 100 owners has also proposed to SUDC to hold a zoom meeting but was met with silence.

“We need to get our rental return to service our bank loans because the residence units are also under the tourism sector. We hope that SUDC will take note as their action is very important to boost the confidence of future investors.

“And I was told that Ming Garden Hotel was one of the best occupied hotels for the past straight eight years except for last year due to the pandemic.

“Nowadays they are struggling as I was told their rooms occupancy rate are only 10-20 per cent,” Liaw shared.

Liaw who is also the chairman of the Sabah Association of Tour and Travel Agents (SATTA) said he was also approached by several foreign investors who are keen to invest in the new State Cultural Centre in Kinarut mooted during the Warisan-led state government back in 2019.

“However, no details were given to us when they mulled the project, although we have asked but they did not reply.

“And we hope the new Gabungan Rakyat Sabah (GRS) State Government can give us the details so that SATTA can help promote the project to potential investors.

“I was told that the government had identified 123 acres land (in Kinarut), but the exact location was not revealed, and the cultural centre will occupy only 50 acres land,” Liaw said.

Liaw also proposed that both the Tawau and Sandakan airport terminals should be upgraded to serves the domestic and international arrivals separately to avoid confusion like the Kota Kinabalu International Airport.

Now, the government only talked about the plans to extend the runways of both airports in the east coast, he said, adding that the engagement session discussed eight tourism related topics.-HS

This site uses Akismet to reduce spam. Learn how your comment data is processed.